A celebration of true South African hospitality, as world-travelled Chef Nicky Gibbs, opens up her home for a very intimate, relaxed lunch experience. This is where your ‘Organic Culinary Journey’ starts, from seedling stage, straight from her Organic Gardens, on site. Together she creates interesting combinations, with local and seasonal availability.

The ingredients are crafted and foraged from Chef Nicky Gibbs’s gardens, local forests, ‘Fynbos’, from the nearby mountain slopes and coastline in Noordhoek, Cape Town.

Located in Crofter’s Valley, Noordhoek, with panoramic views from Chapman’s Peak to Kommetjie. It’s the perfect lunch spot when exploring the world-renowned Cape Point Route, limited to a maximum of 14 guests.

For wine enthusiasts, guests are welcome to bring their own wine – Rosé for perfect pairing.


Born in Cornwall, England, 1962, Nicky moved to South Africa, little did she know how inspired she would be!

“I never studied cooking at school, but cooked loads at home. I loved being in the kitchen, from a young age. I got my first recipe book, from my Aunty Judy, when I was 6 and it was not long till I had made every recipe in the book. For the holidays, I would bake relentlessly, so that we had enough home-made biscuits and fudge for the entire holiday!”

After Nicky completed school, Nicky worked her way through various departments in hotels, but found her true passion in food.

Moving abroad, Nicky returned to her roots in the UK. Here she worked in London. Nicky met lots of chefs, which became instrumental and influenced Nicky greatly, in wanting to become a chef.

Top positions took Nicky on to: Fancourt – one of the top, elite golf estates, in South Africa as well as in Cape Town, as the Executive Chef at The Capetonian Hotel.

Deciding to return to London again, Nicky took the challenge on the QE2, the moving onto, Crystal Harmony where she spent 6 years and travelled the world. …

I was the first female chef out of 100 kitchen strong. I loved the traveling and working with the top chefs of the world (Keller, Bourdain, Hom, Mosimann, Trotter to name but a few) as guest chefs on-board…”

Nicky loved experiencing all the ingredients from different countries. With a sound South African training, Nicky went on to win The International Cruise Ship Recipe Challenge and was flown to Miami.

Back on solid ground, in London for a year of Quaglinos, the 2nd busiest restaurant in Europe, at the time. (Averaging 7000 couverts a week)

For the next 6 years, ‘Eat Your Hearts Out’ was Nicky’s next adventure, experiencing great fun and top challenges in her career. Cooking for stars in the music industry, all over the world, and traveling, like a moving circus, building up and breaking down. Shopping for food at local markets and creating delicious menus.

Returning to South Africa once more, Executive Chef at The Melrose Arch, in Johannesburg and later on to the Intercontinental Sandton Towers,

Produce quality, has always been an important value and standard, for Nicky. Since opening its borders, South Africa, became a country, where exquisite foods from all over the world, are readily available. This inspired Nicky to create international menus and moved towards Afro-Asian style cooking, as well as Mediterranean flavours. Local cuisine and Butchery studying, whilst setting up large corporate kitchens and menus.

Once again, Nicky has returned to Cape Town, sharing the Noordhoek neighbourhood, Crofter’s Valley, with Frank Dangeraux, from The Foodbarn. They have shared, inspired and celebrated success together. Now Nicky is building up her own business – Crofter’s Kitchen. Using locally sourced ingredients and produce, directly from her garden, onto the table.

“…I have South African recipe books from 1906, “Hilda’s Where is it? of recipes” and 1923 “The Practical Cookery Book for South Africa”. The only way these recipes work is to use the best organic quality, as all food was organic in those days. It was also simple and no microwaves – which to me is the worst and most unhealthy

La Clé des Montagnes offers an idyllic setting a short stroll from the historic village of Franschhoek. A selection of four unique villas await you on a working wine estate, surrounded by picturesque vineyards, plum orchards with a magnificent mountain backdrop.
more info 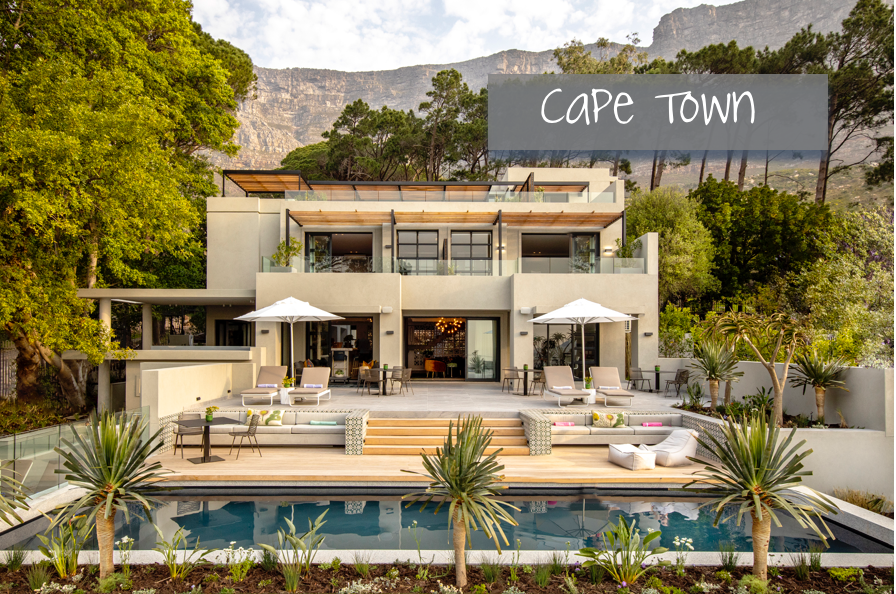 Take control of your timeout from this well-appointed perch high above Cape Town’s striking skyline. Pretty much every luxury you could think of is at arm’s reach at MannaBay, including a 24 hour butler service to help you find those rarities that aren’t.
more info